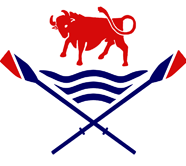 The Bewdley Regatta returned to the river bank once again this year for an exciting weekend of racing, an event for established rowers from novices through to elite oarsmen and women. As we draw closer towards the end of the regatta season, City of Oxford’s Development Squad were competing in full force along with members from our competitive and masters squads.

The event hosted and 800m course and 200m sprint races held on Saturday, followed by a single 600m course on the Sunday. The event attracted clubs from all across the region, with a large number of spectators from the local district and further afield enjoying the action.

City of Oxford participated in all the events, with the ladies and men’s squads competing in teams of four and eight sweep rowing, single and double sculls.

Bewdley Regatta was a very special event this season for two particular individuals, Keir Rudi Garrett and Robin Voskuil who fought their way to victory in the double sculls novice final.

The first round was clear win from Keir and Robing, competing against Agecroft Rowing Club before securing their place in the semi-finals against Stourport, scheduled for the 600m course on the Sunday.

The semi-finals however brought its own challenges with the Umpire requesting a re-run due to the boats crossing the lanes. A few hours later Keir and Robin made their way back to the start line for a second round, not expecting the events that were about to unfold… The race commenced and they pushed ahead making a healthy lead, but then all of a sudden a technical error caused their boat to veer towards the bank, clashing blades on the branches of the overhanging trees and soon lost their lead. In a moment of panic, the boys quickly turned things around and got back on their way down the river. Miraculously they caught up with their opposition, rowing side by side until they crossed the finish line to the sound of a long bell chime, it was dead heat!

No one could believe their eyes, two races had already taken place against the same boat, and yet another round was soon announced by the umpire in order to settle the score once and for all. The boys were still gasping for breath as they were instructed to turn around and make their way back to the start.

Luckily the final heat was a success, Keir and Robin had finally secure their place for the grand final.

In Robin's own words... "It was such a relief when the second round drew to a dead heat, it gave us some hope that we could win this competition, we both rowed in calm manner to the start and we didn't let our nerves get to us, we both wanted to win but we also wanted to row well, we were so happy when we won the semi-finals, Keir said just before the start "Third time lucky", which came true"

There was however little mercy for Keir and Robin when they soon discovered their opposition for the finals, Warwick Rowing Club, were already waiting at the holding area after getting out of the boat from the previous race. The race officials allowed them a ten minute break to get their breath back and stock up on their much needed sugar intake before heading out for the grand final.

Keir and Robin were exhausted by this point with their legs aching and muscles burning, but they knew their chances of success relied on them staying focused and remaining calm.. After a quick de-brief with the coach, the boys got back in their boat and made their way back to the start line for the final against Warwick. The race commenced and the boat soon came into sight from around the corner, with hundreds of spectators on the edge of their seats with excitement and screaming their support. Keir and Robing's sheer determination to win soon gave them a lead against the opposition, squeezing every last ounce of energy from the tired bodies as they gritted their teeth and gave one last push across the finish lines.

Success! They had one the final.

Keir and Robin were ecstatic, a big look of relief on their tired faces, gasping for air and legs trembling with adrenaline. This was undoubtedly one of the most exciting competitions of the day, and likely one of the toughest competitions they would ever face, at least for this season!

They soon made their way back to the landing stage for the very last time, with fellow City of Oxford supporters cheering with praise. The boat landed and Keir and Robin jumped out and made their way to the race officials to pick up their points and well deserved pots.

At the tender age of nineteen, Robin has been rowing for approximately five years but had little experience at a competitive level. In recent times he moved away to University and only recently made a comeback to his love of the sport, re-uniting with fellow City of Oxford Rowing Club rowers for the summer holiday season.

Keir has been rowing with the Dev Squad for less than a year now.  He joined the club only last autumn but soon became a promising asset to the club, making excellent progression in sweep rowing and more recently in sculling. With only 6 weeks experience in a double scull, Keir’s sheer desire to win, along with his efforts made with recent training, brought his success at Bewdley and his chance to reach the stage of a de-novice.